Is there a good industrial example of companies from different countries working together ?

Yes, there is at least one: Airbus. In spite of all doubts and all cultural and industrial problems involved, Airbus has not only survived, but has been a success, and is now the leading European aircraft producer with great potential, and almost one-third of the market for big airliners.

This is the fascinating story of this development told by those who made the European dream come true.

The author Arthur Reed, has interviewed the people behind this success, and we have their -often very personal- explanations of why and how it happened, a first hand, unique presentation of the first 20 years of Airbus.

Over 200 illustrations chart the course of Airbus Industrie’s expansion. The uncaptioned photographs provide a broad spectrum of Airbus development aircraft, and Airbus customer airlines. A few of the airlines have either ceased operations, or have merged with others, but are included among the photographs as a matter of historical record. 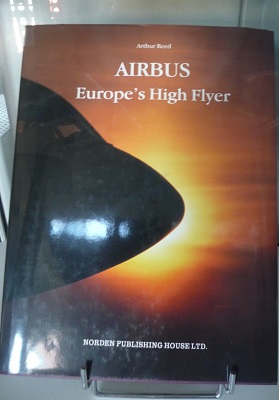